I started working on React Native recently. The very first roadblock I came across was configuring React Native on my machine. Since I had minimal working knowledge of Android studio as well as Node JS it took me a few days to figure this out. I am sharing my learning in this blog post to help you fast track your initial setup.

There are multiple ways to set up a react native environment, such as using Expo CLI or React native CLI. However, this blog gives a glimpse into setting up  React native CLI. The development operating system that we shall be using is Windows; meanwhile the Target Operating System will be Android.

For this we need a Code editor like VS code and dependencies (JDK, Node, React native command line interface and android studio).

Here’s your step-by-step guide to set up React Native in Windows using Android Studio and Node.

Use the below link to download Windows x64 installer-
https://www.oracle.com/java/technologies/javase/jdk15-archive-downloads.html

Here’s a screenshot of how this may appear.

(b) Install downloaded JDK by following instructions.
(c) Next we are going to set environmental variable. Press windows key and search “Edit environment variables,” and open it.

(d) In the User variable section, click new, as shown in the screenshot below.

After clicking New, You will get screen like this-

Once you press OK, you can see your variable in the user variable section (Refer to the image shown below).

(a) Install NodeJs (if not already installed)
Use the link given below to download the LTS version of Node(Recommended).
https://nodejs.org/en/

To do so, follow the below mentioned set of instructions-

(a) Install Android studio
Use the link given below to download Android Studio-
https://developer.android.com/studio

(b) Install android studio by following below mentioned set of instructions:

Once you’re done with the installation, you will be able to see your device in Android Virtual Device Manager as shown in the image below. 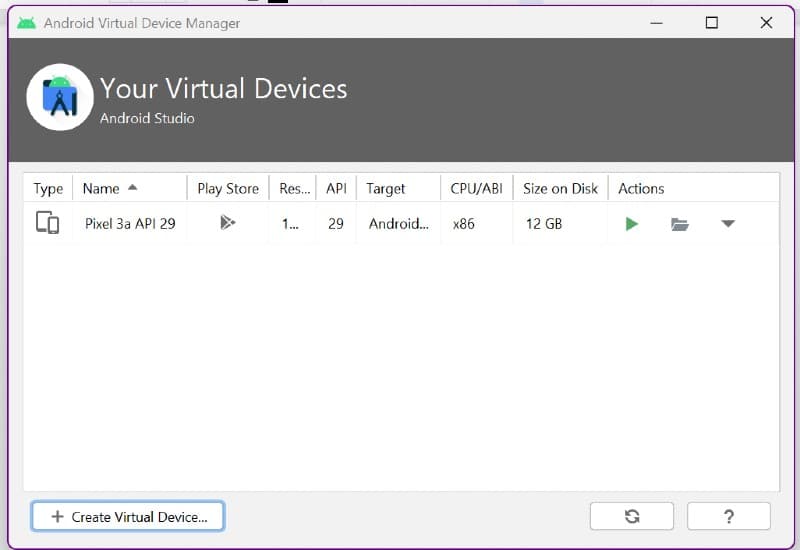 In the next step,  we are going to set environmental variable. For that, press windows key and search “Edit environment variables” and open it.

Follow the below set of instructions to continue further: In the User variable section, click new as shown in the screenshot below.

After you’ve clicked  New, a screen like the image shown below appears on your screen.

After installation, the new React Native project will look like the image shown below. 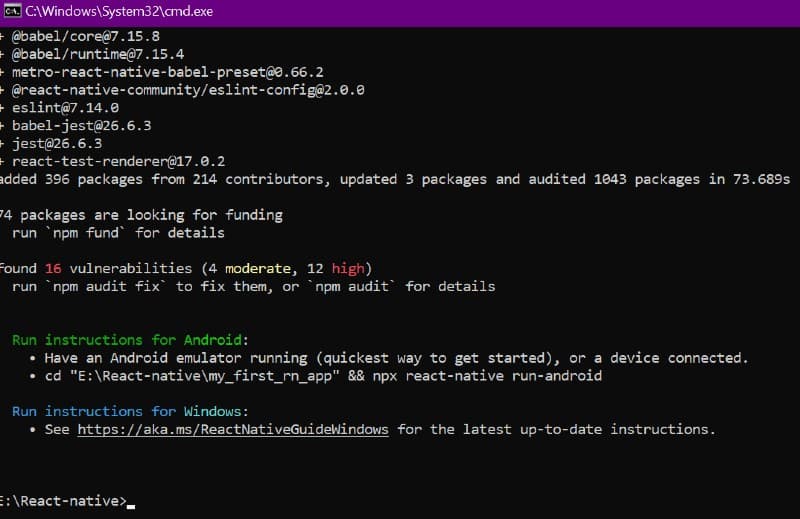 (a) Start Emulator
Following steps must be followed for this process.

After we’ve followed all the aforementioned steps, we’re almost ready to run  our first app.

How to navigate between screens in a React Native application

Navigation is very important in any kind of application e.g. in Whatsapp we have to switch…
Share

How to add icons to react-native app

In this blog, we are going to learn how to add a launcher icon to react native apps. Launcher…
Share

How to Set up Android React Native?