How to create a Drupal Entity programmatically in Drupal 8

Entities have been introduced late in Drupal 7. Drupal entity is an instance of a particular instance type. For example, the entity type for taxonomy terms is named taxonomy_term and the class name Term. We include a class like  Drupal\taxonomy\Entity\Term. Here taxonomy is a core module name, and Term is the class name of Entity.

Related: How to Create Custom Entity in Drupal 8 for Content Management

A. How to create a user programmatically.

The fields to be created are as follows:

If you want to create a Drupal user programmatically we can create it the way as given below:

a) This is the first method

The output is shown below: 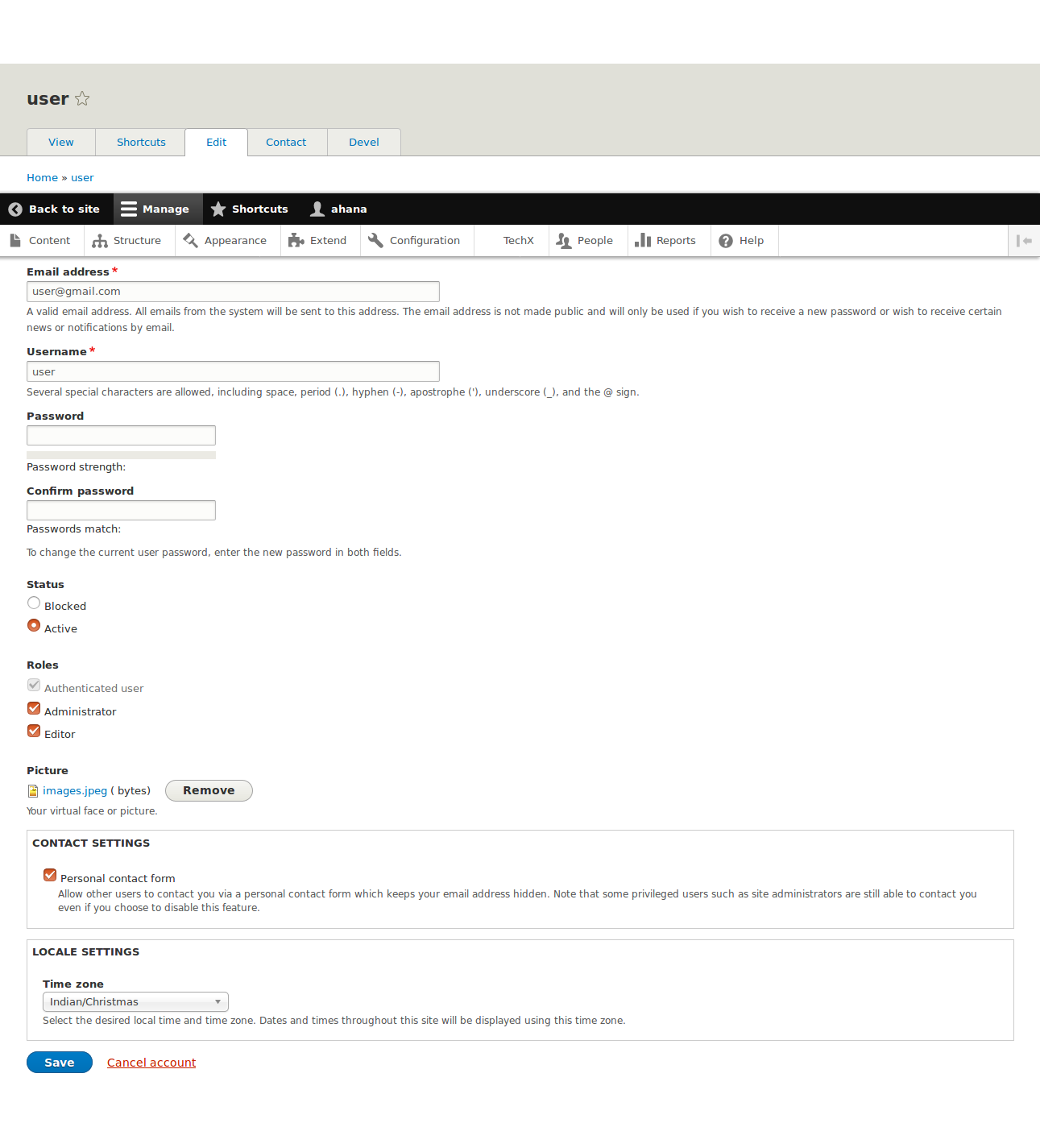 Related: How to Create Configurable Block programmatically In Drupal 8

The use of Drupal\user\Entity\User; is to include the class User.

User::create()is used to create a user where it takes the details about the user.

Here name is the username whose account is to be created.

Here mail is the email id of the user and pass is the password for the user.

The roles mention which roles is given to the user. To give the user more than one role simply pass an array of roles.

The timezone mentions a timezone set for the user.

The user_picture accepts the image’s file id to get the user image. To get the file id we have passed a static image here in $file_image='/var/www/html/drupal/sites/default/files/2017-04/images.jpeg'; The file_get_contents() reads a file into a string. $directory is the name of the folder where you want to save the uploaded image. file_prepare_directory($directory, FILE_CREATE_DIRECTORY); The above line creates the folder if it doesn't exist. The file_save_data saves the files details. The first parameter takes the file content, the second parameter takes the name of the folder you want to save your image and the name of the file, the third parameter tells you to replace the file if it already exists.

b) This is the second way to create user

The first parameter of entity_create accepts the entity type that we want to create and the second parameter accepts an array of values to be used to create that entity. The user created is saved to finally create the user.

Related: How to add Product Programmatically to Drupal Commerce Cart

B. How to create a node programmatically

If you want to create a drupal node programmatically we can create the way as given below:

a) This is the first way to do this:

This will be the output.

Here the use \Drupal\node\Entity\Node; is used to insert the class Node.

Node::create() is used to create a node.

Inside Node::create() the node details is passed.

The type tells you the content type whose node is to be created.

The title is the node title, body is the body part of a node.

The field_mail is the email id to be entered if you have a field for email.

The field_link allows you to add a link if you have any link field and field_date holds the value of date field.

b) This is the second way to create the node

The entity creates function takes two parameters where the first parameter tells you which entity to create and the second parameter should be an array of the node details.

C. How to create a taxonomy term programmatically

If you want to create taxonomy term programmatically we can create the way as given below:

a) This is the first way to create term

The output is shown below:

In above code use Drupal\taxonomy\Entity\Term; is used to insert the class Term

Term::create has been used to create the term where Term is the class name.

b) This is the second way to create a term

The entity create function takes two parameter where the first parameter tells you which entity to create and the second parameter should be an array of the term details.

It should contain the term name and the taxonomy name whose term you want to create. You can add the term description but it’s optional.

D. How to create a custom menu

Create a routing file which is module_name.routing.yml  Here menu.route is the routing name and _form is the path of the form.

In module_name.links.menu.yml file write the code for the menu as shown below:

links.admin is the name of the menu.

The title will appear as the menu name.

Related: How to create a custom block programmatically in Drupal 8

The route name is the name of the routing file of whose menu you want to create.

The output is as follows.

Here TechX is the menu created.

E. How to create a custom permission

Taking the example of the module above, create a file and name it as module_name.permissions.yml

Write the following code into it:

Here 'Menu permission': is the name of the permission that we mention in the routing file ,

This is how drupal permissions are given to a particular page when you don’t want to show the page for every user or role.

How to send mail programmatically in Drupal 8

How to define an Event, Dispatcher and Subscriber in Drupal 8?