We started to migrate our sites from drupal 7 to drupal 8, but we need our Drupal modules also to be ported from Drupal 7 to 8 and it’s time to port the same, Due to substantial changes in Drupal 8 from its previous versions, we "Drupal developers" find it hard to porting the modules from drupal 7 to drupal 8. This is mainly because Drupal 8 is object-oriented and much closer to a Model View Architecture(MVC), Drupal is no longer a Presentation Abstraction Control (PAC) architecture framework, Drupal follows the PSR-4 folder structure incompatible with Symfony component which Drupal 8 uses. To make our porting fast, we can use Drupal module upgrader.

Let's see what is a Drupal Module Upgrader?

Drupal Module Upgrader is a module which scans the source of a Drupal 7 module, and that flags any code that requires updating to Drupal 8 and it will attempt to *convert* the Drupal 7 code automatically to the Drupal 8 version using the relevant API changes which notice from Drupal List changes

For a full description of the module, visit the project page:

This module requires drush 8 or above, Assuming that the drush 8 installed in your system if it isn’t please visit how to install drush with the composer. Use the following Drush commands 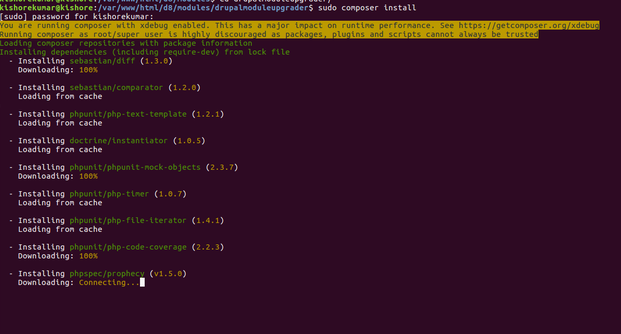 3. To attempt to upgrade your Drupal 7 module's code to Drupal 8 automatically, run the following inside the Drupal 8 root directory:

4. The script will output a few lines as it attempts various conversions. Go into your modules/MODULE_NAME directory check out all of your new YAML files and such;)

The Drupal Module Upgrader (DMU) module despite being in the development stages, saves developers a lot of time when upgrading modules to be compatible with Drupal 8.

If you need any help for Drupal Backup and Migrate, Feel free to Talk to Us for your Enterprises.

Drupal is gaining adoption in enterprises. Drupal 9, which will be released in June 2020, should…
Share

How to Write PHP Unit Tests for Drupal 8

We all know that PHPunit testing framework has been added into Drupal 8. More than…
Share