Why big government websites are switching over to Drupal

Product companies Using Drupal as a Collaboration Platform for Developers

The Georgia Technology Authority was running 65 state government websites on two different versions of proprietary software - Vignette 6 and Vignette 7, one of which is no longer supported. It had become cumbersome and expensive. Apart from that, moving all the 65 sites to Vignette 8 was too much of a hassle. CTO Steve Nichols says, “As we dug in, all the obvious best choices were open source,”. The most obvious and the strongest of those contenders turned out to be Drupal, which powers Whitehouse.gov and other key federal government sites. For a new CMS for all the 65 websites there were two important criteria to be met. First, it had to be a complete enterprise solution and second was the need to move off the proprietary model which is too expensive. Another criteria was the major market share. 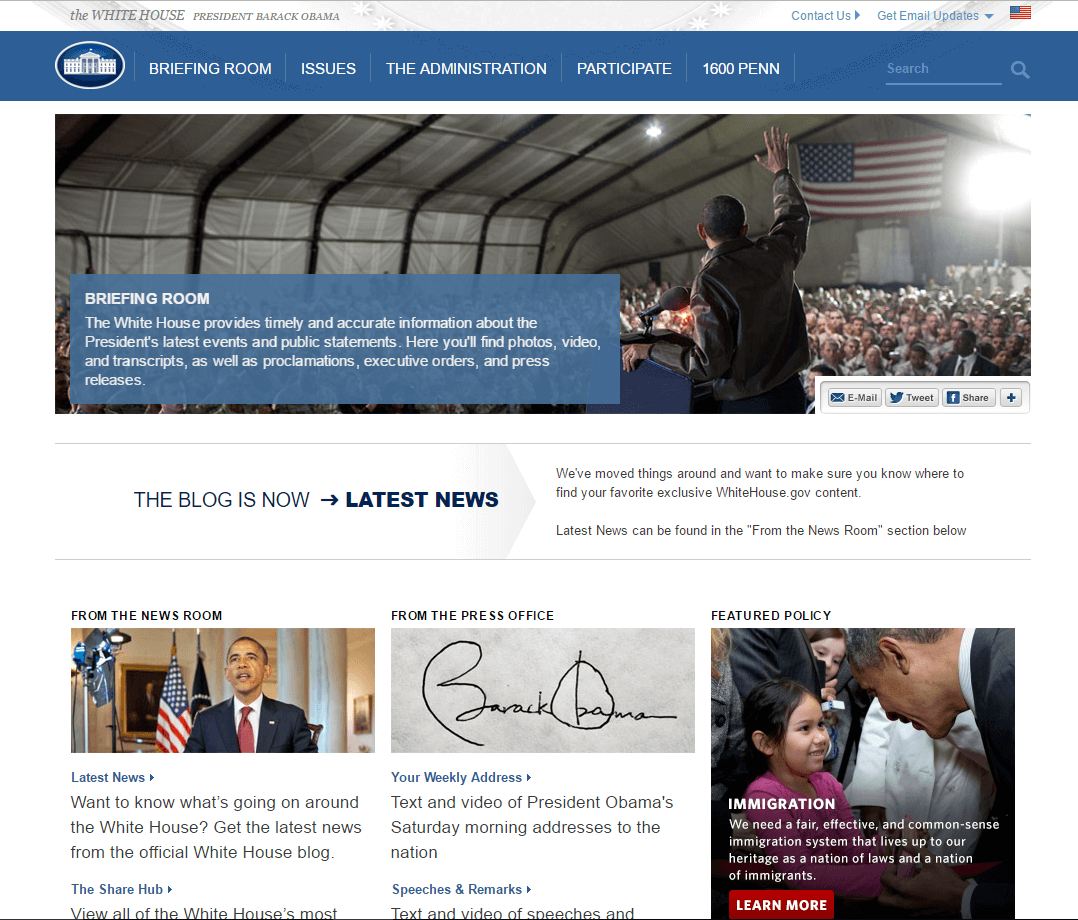 Excepting it’s popularity in the private sector, Drupal has an enormous market share in government as well as the public sector in general. Over 150 of the federal government sites are using Drupal, the list includes biggest sites like the white house, NASA, Department of education, Department of energy, Health, Defense, Transportation, Agriculture and even the Department of homeland security. In 2009, it was decided to migrate whitehouse.gov and all it’s associated sites to Drupal. This perhaps, gave the open source platform its sizable credibility and confidence to other government agencies to follow to same route.

When big government sites like whitehouse.gov and NASA, which store huge amounts of data, prefer Drupal, it’s no wonder that many other private media companies are following the suit for their own websites. 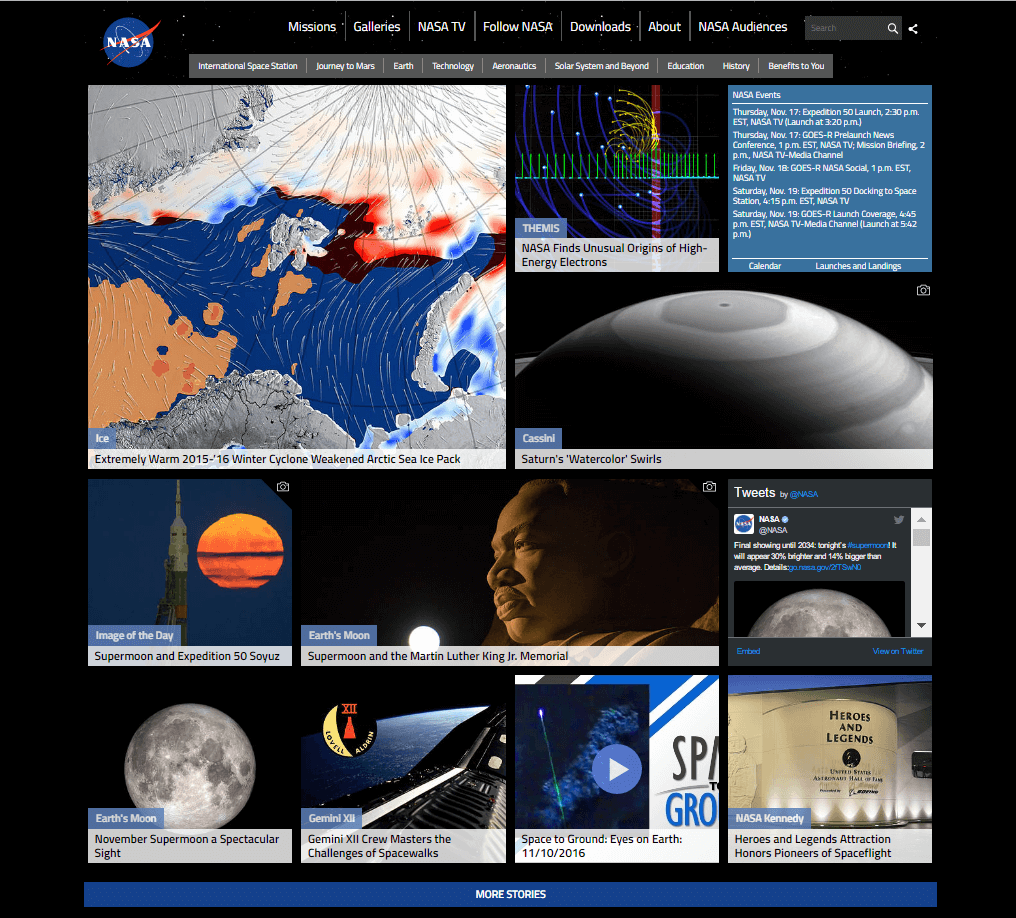 The department of energy decided to migrate their website to drupal when they felt that their website, energy.gov, needed immediate attention. They were facing typical problems like low traffic, high bounce rate and the website design was built based on an internal office structure which was troublesome to navigate. “The prior CMS supporting Energy.gov was outdated,” said Cammie Croft, director of new media and citizen engagement for the department’s Office of New Media. She also mentions that the Energy Department had a lot of outdated technologies.

Cammie Croft sought for a platform that would be scalable and be able to adapt to a number of requirements which would be the current needs and those yet to be discovered. A platform that would capacitate the Energy department and allow it to evolve and expand as quick as user’s needs. After the completion of migrating the energy.gov to Drupal, it resulted in cost savings upward of $10 million annually. This was achieved by consolidation of duplicative digital technology platforms, internal hosting along with the new Drupal platform to circulate information, rather than building new stand alone websites. 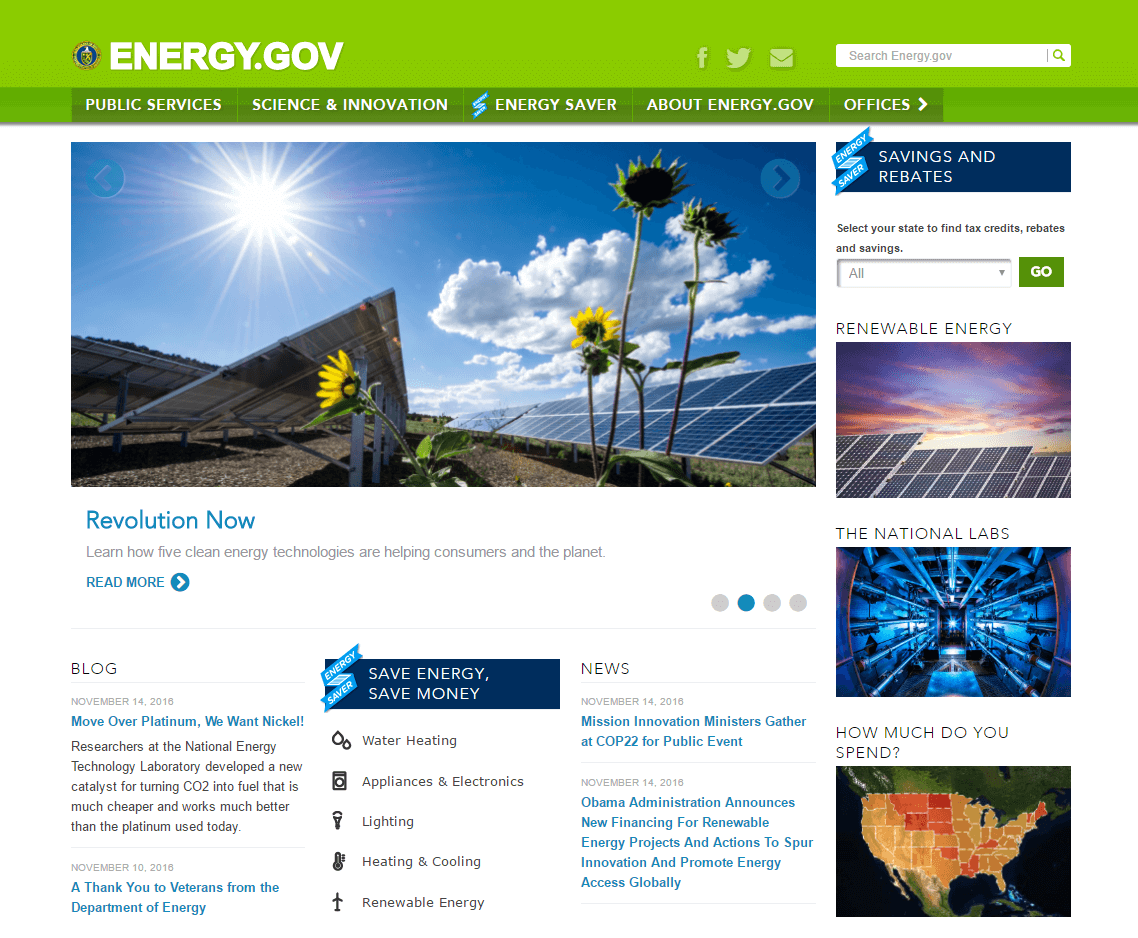 Drupal is used and maintained by a community of more than 630,000 global users and developers. Drupal is free for download, use and share under the terms of GNU General Public Licence. At the most basic level, Drupal wins the financial part of the argument because of it’s open source model. Drupal spares the users from expensive licensing fees and proprietary lock-in. As a result the saved costs can be reallocated to other departments and functionalities, adding value in other areas. “With Drupal, agencies can share and reuse code, reducing labor costs, and drastically accelerate the pace with which every agency can innovate.” said Kurt Voelker, CTO of Forum One Communications, the vendor behind a Drupal build for the International Programs Center of the U.S. Census Bureau. After the White house chose Drupal as it’s platform for development, debates and criticism surrounding the security and compliance issues do not have much clout. Drupal has made major accomplishments on security and compliance issues along with constantly sticking to strict best practices and also access to all the source code for auditing purposes.

Albeit there are many companies which are still wary of Drupal, mainly because of the fear of giving up reliance on proprietary solutions like Sharepoint and completely migrating to a LAMP stack solution, or requirement for different set of skills for maintaining a completely different  and complicated platform integration. Another blocker commonly faced is the reluctance to move agencies in the midst of long term contracts for windows software as many own sharepoint as an existing deal.

But Drupal’s ability to integrate is “limitless,” said Treehouse Agency’s Caccavano. “It is very compatible with other solutions and services. That’s probably one of its greatest strengths.” Proprietary solutions for CMS like Sharepoint, will likely coexist Drupal and other open source platforms. Microsoft was listed as one of the only three leaders by Gartner in its ‘Social software in the Workplace Magic Quadrant’ in September. Gartner predicts that more enterprises will use Sharepoint to enable social solutions as compared to any other platform. Because of Sharepoint’s popularity and established name in the marketplace, clients are ready to pay the licensing and maintenance fees rather than opting for the open source platforms. Drupal can be easily adjusted to a very large as well as small deployments is because it works on a modular system. In Drupal, “Distributions” are sets of modules, functionalities and features created for a specific audience. OpenPublic, an open source CMS based on Drupal, created by Phase2 Technology is a good example of a distribution catering specifically to the needs of government.

The mission of Farm Journal's MILK is to connect with large-dairy producers(those with 500 or more cows)and provide them with the information and resources they need to run their operation and continue to expand opportunistically.

The outlook for Drupal is positive, considering its extraordinary growth within the public sector. Apart from the reasons why government websites prefer Drupal, there are plenty other features Drupal has to offer which easily facilitate a big and complicated website which require complicated systems. With the release of Drupal 8 in 2015, there is a lot of flexibility in terms of grouping functions and inheriting or deriving particular characteristics which one would want to repeat in different parts of the website.

Disclaimer : Screenshots, logos and other identification used in this article belong solely to the companies they represent.
Image credit - JuralMin