Drupal’s power lies in its flexibility, and the fact that developers can create complex content models.

An admin interface helps developers manipulate the backend content repository, to reflect changes in the front-end framework, and vice-versa. This tight coupling between the frontend and backend have been used to develop some of the best websites, e-commerce applications and web-apps. Over the years, Drupal has emerged as a very powerful framework.

However, this approach was more relevant a decade ago when mobile applications were still in their infancy, and when enterprise applications worked in silos without too much interaction between them. But a lot has changed since then. Today, the mobile web is changing the way business is done.

Simply replicating a part of the desktop application on a mobile app is not only costly, but also robs the app of its power. A more efficient and cost-effective approach is to have the backend content repository deliver content to a variety of powerful applications working on various devices. This means, a single backend Drupal CMS should be able to push content to a mobile app, and any other enterprise application at the same time. Using Drupal in this way is what we call “Headless Drupal”.

The necessity of such ‘cross-platform publishing’ is what is driving the popularity of Headless Drupal or decoupling of the backend CMS from the front-end framework. But this is not the only reason Headless Drupal is relevant but equally important is the fact that creating unique user-experience is differentiation strategy for business organizations.

A whole new set of front-end technologies have emerged using which we can create faster, responsive and interactive apps that offer a rich experience to the end-user. Front-end developers need not know the intricacies of backend drupal programming and still they can harness the power of Drupal’s powerful content-modeling capabilities, and its equally effective editing interface.

So how is Headless Drupal different from regular coupled CMS systems?

A traditional CMS has three components to it:

In a Headless Drupal website or web-app, the content for the site/app is accessed using an API through formats such as JSON or REST. And front end specific application framework like Angular, Backbone, Ember or Knockout delivers the API output onto the front-end template layer. We do not use default Drupal templating layer to display the data or content.

So when should we go for Headless Drupal?

Headless Drupal is not without its share of adversaries or criticism. However in certain scenarios, its benefits far outweigh its drawbacks. In a world where user experience is critical for long-term success, decoupling CMS and front-end, which is what Headless Drupal achieves, is no longer an option, but a necessity. 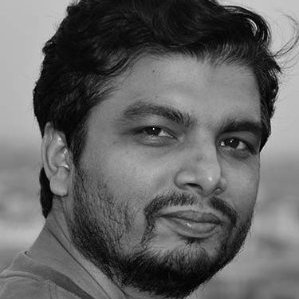 Neeraj is a senior consultant with a proven track record as project manager/ Drupal Architect with a result-oriented drive. He also is a proud new father.
More about Neeraj Kumar

Cypress Semiconductors Extranet - Migration to Drupal 8 from ColdFusion
5 Costly Cybersecurity Mistakes that Every Business must Avoid
How to Safeguard your Organization from Cyber threats in the Covid-19 era?