There is a lot of buzz around ad viewability nowadays. In the world of digital marketing, it has become such a hot topic that every firm is looking to build their presence online. But what exactly does it mean to be “viewable”? Does this mean people will look at your ad? Or is it a silver bullet industry is looking for?

Let’s solve this puzzle. In this post, we will discuss everything you need to know about ad viewability such as:

Let’s begin with the basics, what is viewability?

Ad viewability is the concept of showing how visible your ad is on a website and to users. In other words, viewability is an online advertising metrics that tracks only impressions actually seen by users.

Why is viewability important?

High viewability rate indicates a high-quality placement, which can be valuable to advertisers as a Key Performance Indicator (KPI). The ad viewability helps marketers to calculate the relative success (click through ration or CTR) of a campaign by dividing the number of ads served by the number of clicks.

Also, there are other factors that contribute to an ad not being seen such as users clicking away from a page before the ad loaded or even bots or proxy servers opening pages, rather than live human beings.

When is an ad impression not viewable?

There is an assumption that header spots - placements that appear before the content the user has selected representing the placement with the best viewability. Simultaneously, the ad which is placed somewhere in the middle of the site or near to the relevant part of the content is an attractive alternative. These places represent a good compromise in the ration between price and viewability.

For instance, if an ad is loaded at below the fold (bottom of a webpage) but a reader doesn’t scroll down far to see it then impression will not be considered viewable.

According to Google, the ad should be placed right above the fold and not at the top of the page. The most viewable ad sizes are the vertical size units such as 160x600.

Much has been talked about the best practices, but it never sums up. Publishers talk about diversifying their revenues. And evidently, some of them have managed to achieve the success particularly those who have focussed on it for a while.

Being a publishing firm, it's always suggested to start with user persona followed by designing web pages in such a way that the ads load with maximum viewability.

Try to design a web page where the ad unit will appear “above the fold” or a “sticky ad unit”. Sticky ad units are a type of ad that remains locked in a specific location when the user scrolls.

Also, develop a mobile-friendly website that resizes according to the device where it is being viewed. Responsive themes ensure a good user experience.

Another key consideration for ad viewability is speed. Sites that are laden with ads from multiple ad networks can typically take a long time to load. Consider applying techniques that can speed up ad delivery can greatly improve ad viewability.

Here are some of the best practices that can help you to enhance ad viewability and increase Revenue.

Digiday quoted Jim Norton, the former chief business officer at Condé Nast, saying “No single stream of alternative revenue will make up for the declines that we’re seeing in advertising,” said.

How to measure viewable impressions?

According to the Interactive Advertising Bureau (IAB), an ad which appears at least 50 percent on screen for one second or longer for display ads and two seconds or longer for video ads is considered as a viewable impression.

Bottomline: Buying a "viewable" ad impression does not guarantee that it's going to be seen and/or clicked on. However, there are several other ways you can ensure the chances of your ad being viewed. It’s also important to understand the different metrics that online ad success cannot be determined by views and clicks alone. Furthermore, you need to consider the entire buyer journey.

If you are a publishing firm looking for experts to integrate the needs of a publishing platform with Drupal we can help. Get in touch. 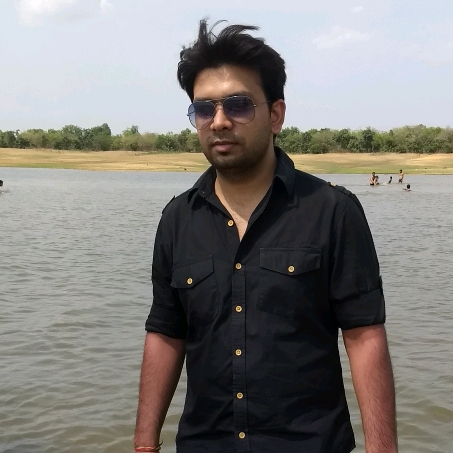 Ashutosh Prasad is a Content Marketing Associate at Valuebound. He works alongside Drupalers, helping them to pen down their thoughts. In his free time, you can find him either reading books or exploring new places.
More about Ashutosh Prasad

Cypress Semiconductors Extranet - Migration to Drupal 8 from ColdFusion
5 Costly Cybersecurity Mistakes that Every Business must Avoid
How to Safeguard your Organization from Cyber threats in the Covid-19 era?